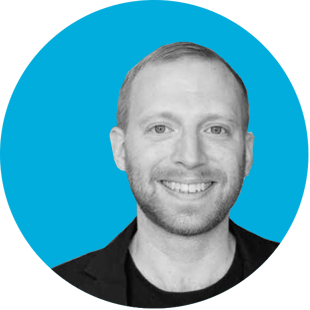 As part of the research into the UK Marketing Technology Landscape Supergraphic #UKMarTech, we reached out to some of the UK's key marketing technology vendors.

We chatted on what makes them tick, what makes their companies successful, and gained valuable insights to the current & future state of martech.

Q. In one Tweet (now 286 characters) describe Phrasee for anyone not familiar?

A. Phrasee is AI that writes better marketing language than YOU

Q. Can you tell us a little bit more about you and how the business came about?

A. After studying computer science at university, my career started coding CRM software back in the late 90s, but I discovered that working in a cubicle alone wasn’t for me. So I went back and did a BBA in marketing. I landed in London, and got a job doing event marketing. I sent out millions of emails, and always wondered why some subject lines worked well, and some didn’t. After a few years, I got bored, and joined one of our vendors, an email service provider. And, I worked with thousands of email marketers… and all of them would ask me what makes a subject line good. I just said, well, test stuff out.Well, I got bored there too, and re-connected with a guy I studied computer science with, Dr Neil Yager, who in the meantime had become a preeminent AI practitioner. We were at the Brewdog pub in Camden Town one night, smashing back a few pints of Punk IPA, and got talking about work. I told Neil how I had a sense of a gap in the market – some sort of a product that would help people write better subject lines. And that’s how Phrasee came about.See, for far too long, people have relied on gut instinct to write marketing copy. But now there’s a better way… and that way is Phrasee.

Q. What books, publications or individuals do you take inspiration from?

A. Silicon Valley. I’m a mix of Gilfoyle’s nihilism, Richard’s abstraction (and nervousness), and Dinesh’s being the butt of everyone’s jokes. Actually, it’s quite funny – the progression of Pied Piper has paralleled Phrasee’s story. In fact, the new series from April started with them looking at a new office – and that day, I had just been scoping out our new office. Creepy.Otherwise, to be honest I avoid “management” books and “self-help” books like the plague. Those that can do; those that can’t write those that can.

Q. What do you think has been the driving force behind your growth to date?

A. Simple: defining our problem statement very, very well. We focused on a very niche product – email subject lines – and by virtue of that, learned a lot of lessons. What he had built was technology that was inherently scalable, so now we offer the same results not just in email

Q. What have been some the toughest moments with the business?

A. Every few months, I’ll have a sleepless night of existential dread. But aside from the usual roller-coaster stuff, the toughest part has been to educate the market on our idea. See, it took people a while to actually grasp the concept that a very smart machine can do specific tasks better than humans. But, those who get it really get it… and make money as a result.

Q. What do you think is in the DNA of a British MarTech Company that differs from the likes of the United States?

A. I’m probably not qualified to speak on behalf of British companies, being Canadian by decent. What I can talk about is how our corporate strategy is different from many other tech companies. Many startups raise obscene amounts of money to throw at technology and sales, hoping they’ll figure out an idea that works. We have a different philosophy. We haven’t raised much money at all, and instead focused on acquiring a few key customers early on whose revenue would fuel our development. By doing this, it’s forced us to run a tight ship, and build our business the right way. For example – we’ve been profitable for about half a year so far, and our cash reserves are about where they were when we fundraised two years ago. It’s not how many think a tech startup is supposed to be run. But, we’re not a typical tech startup, so there you go.

Q. What martech platforms or services (beyond your own of course 😀) do you use for your own marketing that you would recommend?

A. We use Hubspot as a CRM, and Mailchimp to send out emails. Other than that, we don’t really use that much stuff. Instead, we spend a lot of time on building our brand and nailing down our messaging. Tech isn’t a panacea to anyone’s problems. We focus instead on getting our processes nailed down, and that way we don’t need to throw money at tech that may or may not solve the problem at hand.

Q. Finally if we fast forward 5 years where will Phrasee be, and how do you think the marketing space will have evolved?

A. Our vision has always remained steadfast – to transform how brands speak to their customers online. We are actively researching a number of fascinating areas (for example, neural language generation) and, as our research continues, we expect to be able to commercialise the technology very effectively. So, I couldn’t really say where we’ll be in 5 years. Hell, I didn’t think we’d be a multi-million pound company 3 years in, so clearly I’m not terribly good at predictions.For the market as a whole, I really don’t think we’re going to see the consolidation that everyone keeps expecting. This is because the entry costs to the SaaS market are extremely low. However, you will find that categories for nascent areas will form, and many current-day startups will fail. This is inevitable, and happens in every boom market. The companies that will remain strong are those who focus on strong business fundamentals, not over-hyped capital events. 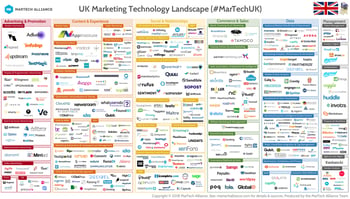