How to Effectively Measure Email Marketing 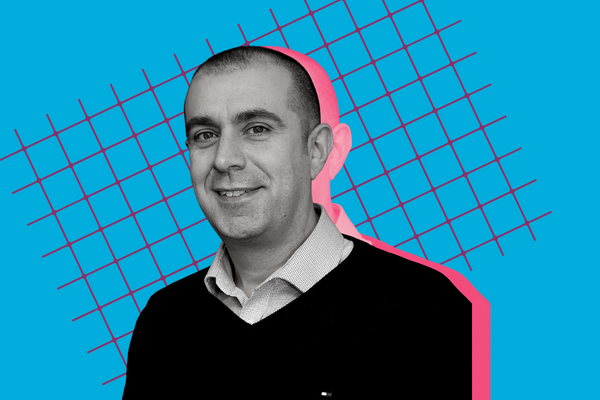 Sam Holding, Head of International at SparkPost, a MessageBird company

Communication overload has made data measurement and benchmarking non-negotiable for marketers vying to prove the value of their respective channels. Data is the only objective means of measuring activity, performance and impact across customer engagement and communication channels. It’s often the case that if you can’t prove the ROI for a given channel, chances are company leadership will challenge the budget - which could mean eliminating valuable customer touchpoints.

There is still some clarity required when it comes to email marketing, however. Email can deliver all kinds of sophisticated and nuanced insights into customer behaviour: you just need to know which stats to look for and what that data says about the state of a campaign or - more broadly - a business, in order to benefit from it.

There are three key areas that email metrics fall into and each set of metrics will be of specific interest to different employees or stakeholders in a business.

These include the basic data about subscribers such as their email addresses, along with some behavioural data. This sort of information is mainly of concern to marketing or email management teams.

The most basic audience metric stat is the number of opted-in subscribers. Not all of these may be accessible, so there is a further split between mailable and non-mailable subscribers.

Each time an email list is examined there are likely to be opt-ins and opt-outs - namely people who have chosen to subscribe in a given period and those who have actively pressed an unsubscribe button.

Lists of subscribers are also re-calibrated via a list hygiene process. There are various reasons why addresses might be taken off the list including dormancy, inactivity, or addresses having been classified as a hard bounce. Some recipients may even have marked an associated email as spam.

Audience metrics also concern the activity of those who receive the email. For example:

Using this data, it is then possible to calculate the lifetime value (LTV) of an email address.

The LTV is simply the above formula calculated over a specific period, such as the average number of years that an email subscriber is likely to remain active on the sender’s file.

These refer to the deliverability rate: how many emails actually made it to an inbox. While they might be most interesting to deliverability specialists and more operational roles, they are key indicators of overall list health, sending best practices and engagement.

Such measurements tally how robust an email list is and how well it performs - the key criterion here being the bounce rate. In other words, how many of the emails are rejected. There are two types of bounces: hard and soft. A hard bounce is when the email is rejected from the subscriber’s mailbox completely. A soft bounce is when an email is not permanently rejected - if a person’s inbox is full, for example. If after several attempts the email can't reach its target it then becomes a hard bounce.

The other key inbox and delivery measurements look at where in the inbox the email actually lands. An inbox placement measures the email that made it to the sender’s subscriber inboxes instead of the spam or bulk folder.

Conversely, spam placement measures the percentage of email that was sent to the subscribers' spam/bulk folder instead of the inbox.

This is the data that is arguably of most interest to more senior members of the team. It includes basic information such as open and click rates, but also focuses on where the recipient goes next and encompasses conversion rates, and ultimately campaign ROI calculations.

This set of statistics tells the key story that both marketers and their management colleagues need to know: how successful has email marketing been in not only reaching customers but also ultimately delivering sales?

Reaching a person's inbox is one thing, but the next key stat is the crucial one - open rates. Opens are tracked on two levels: total opens - the number of times a campaign’s audience has opened that email - and unique opens.

The better metric is arguably the latter, which is the total number of individual recipients who have opened a campaign’s email. Having said that, around 40 to 50% of email opens could be unreliable due to changes in consumer privacy settings causing increased privacy around customer email behaviour.

Once an email has been opened, how the person then responds is also recorded. It might be a click rate that calculates the total number of clicks on a specific campaign as a percentage of the total number of opens or - at the other end of the spectrum - it could be the number of post-open unsubscribes.

Finally, the most crucial stats of all: conversion rates. Invariably ‘conversion’ means a buying event usually in which a call to action from an email has led to a click to a website and ultimately a purchase.

So how then does a marketer work out whether or not an email campaign has been successful? The key metric for this is calculated via the campaign’s profitability formula which works in the following way:

Regardless of which metrics you and your teams spend the most time reviewing, those listed above are the ones that matter the most when it comes to direct measurement.

Exploring what the metrics are, how to calculate them, how to use them, and how to turn them into actionable insights can impact your program and arm you with the necessary tools to make better business decisions around campaign implementation and optimisation.

To find out more about email measurement, visit the SparkPost website.