The Super Bowl has long been used to shill consumer goods; soup, bowls, soup bowls, Super Bowl bowls, you get the picture.

But this year, brands have gone beyond the mundane. Instead, they've started looking towards the future. Moving away from the usual beer and snack foods, this year's commercials hyped emerging industries, like electric vehicles, the metaverse, and cryptocurrency.

All of this plays on consumer wishes and hopes for a brighter, changing future. The tone of the ads was remarkably positive and upbeat. Hardly a thoughtful or emotional commercial to be seen. Plus, there wasn't a single mention of a certain pandemic.

Last year, we saw adverts like Bass Pro Shops and Cabela's, and Scotts, saying things like "you may be feeling a little cooped up", or "we've had quite a year". Plus, some brands didn't even turn up, with Budweiser donating to vaccine awareness instead.

The thing is the Super Bowl often shows the current feeling and future intentions of the population. So the question is: what does the amount of high-tech and future-facing commercials say about the current consumer climate?

Well, let's have a look at it topic by topic. Starting with:

The cryptocurrency advertisers, like FTX and Crytpo.com, came out in full force for the Super Bowl.

But the most notable was Coinbase's ad. The bouncing QR code was a clever move on the company's part. By utilising the QR code, Coinbase is tempting curious viewers directly to the website. No need to Google, no need to call, no need to type in a link.

The advert achieves immediately what commercials set out to do - get people acting. So, to include that as part of the ad, as part of the experience of the ad? Pretty clever.

Only thing is the website crashed from all the traffic. Not the worst problem to have, but reminds marketers that although a  creative idea is great, if you don't have the tech or infrastructure to back it up, it can't live up to its full potential.

Other ads included LeBron James to promote Crypto.com, and Larry Davis for FTX. eToro also reached out to the crypto community as a new wave of "social investing". On top of this, Budweiser's Bud Light Next was promoted with NFT drops.

All of this suggests the mainstream-ification of a previously underground movement. The fact these companies have enough money to appear at the Super Bowl, with a 30 second slot reaching $5.6M, is telling too.

But we've got to consider what wasn't there, alongside what was.

For the most part, the commercials focused on exchanges and the most basic aspects of ways to easily invest in crypto. There weren't any ads for NFTs, or Bored Ape appearances, or even a commercial mentioning the NFL's commemorative NFT drop.

So, these all ran almost as cryptocurrency awareness campaigns, rather than anything in-depth. Which makes sense; this is the current perception of a majority of the population. The intrigue and curiosity surrounding the industry, and the fear of missing out, is its biggest asset at the moment.

The majority of electric vehicle ads were from big name automakers, who are already known by the majority of consumers. BMW has a pretty effective commercial, featuring a retired Zeus and Hera, with Salma Hayek and Arnie playing the starring roles. 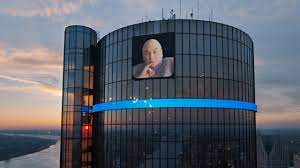 The thing is, a majority of the cars advertised aren't yet available to consumers. Andrew J. Hawkins of the Verge suggests that companies are using the idea of electric vehicles as the advertising, trying to keep up with changing consumer sentiment, rather than really being on board with the messaging itself:

"Automakers are stuck in the uncomfortable position of advertising a bunch of EVs they don’t actually sell because they need people to realize that they aspire to sell EVs one day too. Just like Tesla!

And building that brand awareness is going to cost them a ton of money. The Super Bowl is just the opening salvo. There will need to be a lot more in the future."

We all expected Meta to play a big part in the Meta Bowl this year. In their ad, an animatronic dog and its friends are separated, then reunited using the Quest 2 virtual reality headset.

The thing is Meta isn't really advertising anything. They're not being clear of their intentions, nor are they describing what the metaverse is. And in order to get people excited about the tech, they need to understand the tech.

Plus, with Meta's lacklustre ad it seems 'cooler' to take the mickey out of the metaverse, than it does to be part of it.

Software giant Salesforce hired Matthew McConaughey to propose an alternative to the Metaverse i.e. staying in the real world.

Titled “#TeamEarth,” the company’s second Super Bowl ad shows the actor drifting in a hot-air balloon over the San Francisco Bay Area as he meets Mark Zuckerberg and Elon Musk.

“While the others look to the metaverse and Mars, let’s stay here and restore ours,” he says.

The Alexa ad managed to both try and promote the technology as insanely useful, whilst also distancing themselves from the whole "AI is coming for me and my family. Also it can read my mind, and I'm terrified".

Rabindra Ratan, associate professor in the department of media and information at Michigan State University suggests that the eCommerce giant's goal appeared to be to offer “not only a humorous celebration of the strength of their AI, but also a nod toward the increasing integration of predictive algorithms in our daily lives.”

For the Boston Dynamics advert, which featured a cameo from company founder Marc Raibert and was meant to spotlight what their robots can do, he said:

“They are trying to illustrate the diversity of tasks that the robots can help facilitate while also trying to normalize the interaction between humans and this technology.”

The Boston Dynamic ad also includes Stretch, the robot, which is typically used for warehouse automation, but in this case, for transporting and unpacking loads of beer.

“It was a bizarre night of Super Bowl ads full of near-future dystopian hellscapes,” futurist Amy Webb wrote in response to an email query from The Washington Post. “Once-cherished animatronic dogs had to find compassion in the metaverse. Alexa performed the ultimate invasion of privacy by reading minds. One-hour delivery services rendered humans so helpless they forgot how and what to eat."

The Super Bowl often pushes up-and-coming, hyped technologies. Remember what happened 20+ years ago, with a bunch of dot-com start ups buying commercial space after commercial space? Thing is, after the bubble burst, most of those companies went extinct. But some didn't.

So, we can't be 100% sure that crypto and the metaverse etc. aren't fallen into this hype cycle.

This may just be the start. Next year might see a huge amount of tech and Web 3.0 start ups clambering for consumer attention. But it shows the extent of the curiosity around the space, the intentions of brands, and the possible potential of a completely innovative set of industries.